Posted on July 1, 2021 by adventureswithpoopsie@gmail.com 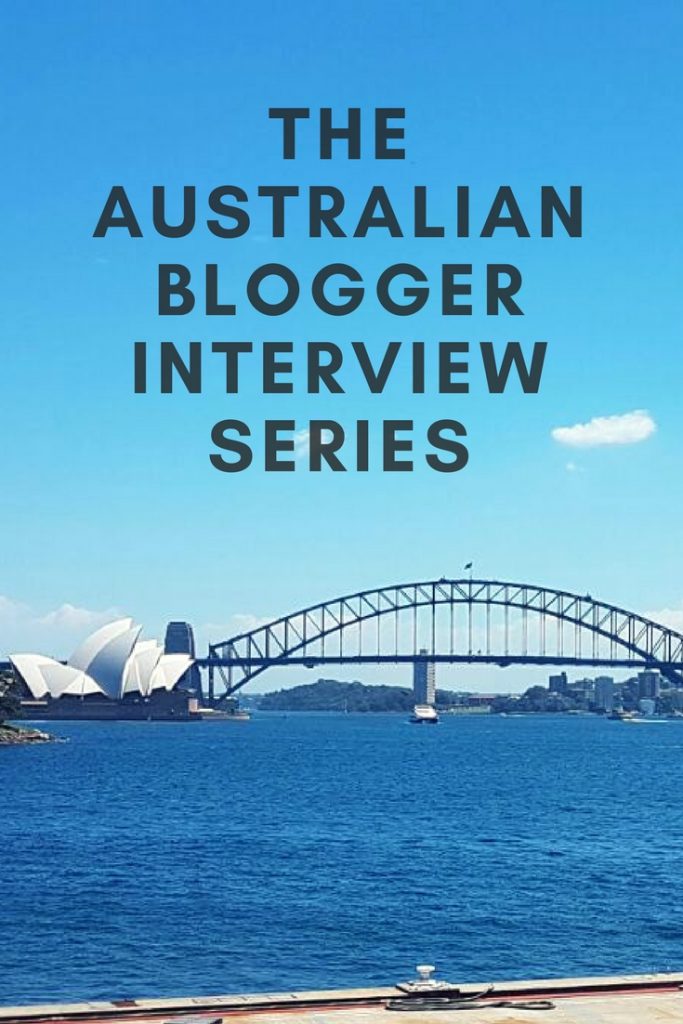 Next Up: Frogdancer Jones from Burning Desire for FIRE.

** A short note from AWP: Frogdancer Jones submitted this interview to me in 2020 but, due to my unannounced hiatus, I am only publishing it now. She has since (alluded to in her answers below) retired and I strongly encourage you to head over to her blog to see how it has gone so far!

I live in The Best House in Melbourne with 2 of my 4 grown-up sons. I’ve been a single parent for over 20 years, all while teaching English and Drama classes to the hormonally challenged in our society, otherwise known as secondary students. I have 3 dogs that I love more than my breakfast and so living 5 minutes walk from a dog beach is one of life’s little pleasures.

I discovered the world of FIRE when I was around 50, just after paying off my mortgage and consequently having a cash net worth of around $10. Around 5 years after that, due in a large part to what I’d read and learned, I was financially independent.

I have a personal blog that I’ve been writing since 2007 – and I know exactly what made me start the FIRE blog. It was reading one too many posts from a 20-something guy who was trying to tell me in a 10 point blog post EXACTLY how to reach financial independence – when he hadn’t done it himself. I had.

That pushed me over the edge.

This year [2020] has been very exciting because it’s turned out to be my last year of working. Yep, on December 18 2020, Frogdancer Jones will hand in her whiteboard markers and ride off into the sunset [see AWP note at the beginning of this interview].

The last few months have been a whirl of coming to that decision (COVID brought it forward by a year) and then stringently looking at the finances to make sure Old Lady Frogdancer won’t be fighting the dogs for a share of their food in twenty years’ time.

Retiring at the age of 57 is still an early(ish) retirement and I’m so happy that I’ve been able to pull it off. Much as I love the classroom – the kids make me laugh every single day – the other parts of the job have been slowly sucking the fun dry. Time to leave before I become THAT teacher – the one who’s a bundle of misery to be around.

Whenever I think about my financial journey I count it as starting from when I left my husband. I had 4 boys under 5, $60 in cash and we had a mortgage just under 100K on the house. It was a shockingly bad start to the boys’ and my lives together.

I had 3 things in my favour:

1. I already had my teaching degree, so I had a viable career path to support my family when the kids were old enough to go to school.

2. I was 33 years old when I left, so I had years ahead of me to recover financially.

3. I had a steely determination to make sure that the boys would always be secure and would not be disadvantaged in any way. It wasn’t their fault that the marriage failed.

I wrote about it all in “The story of how Frogdancer Jones won her freedom.”

No point writing it all again here!

We’re all used to putting money aside, buying little parcels of shares and salary sacrificing into Super etc. But in a few months, I’ll be doing the opposite of all of this for the first time in my life. As a natural saver and frugal person, it’s a little unnerving. I’m not eligible to tap my Superannuation for another couple of years, but the plan is to wait until 60 so any drawdowns will be tax-free. So my savings and investments will have to cover my living expenses for the next 3 years or more.

In order to pad up my cash cushion slightly, I’ve just stopped salary sacrifice into Super. There have been many conversations and many spreadsheets drawn up to track my investments and project where I expect them to be in the future. Instead of throwing money into the various pots as I have been for the last couple of decades, my task is now to balance from where and how much I take from those pots going forward.

Short-term thinking. In order to become financially independent, you have to take a long-term view of your life. It takes more than 5 minutes to reach FI, so anyone who is easily distracted by the baubles and distractions along the way will take far longer to get there than someone who steadily works towards it.

I guess I’m saying that an understanding of delayed gratification – not only what it is but also when to deploy it –  is a valuable tool to have. 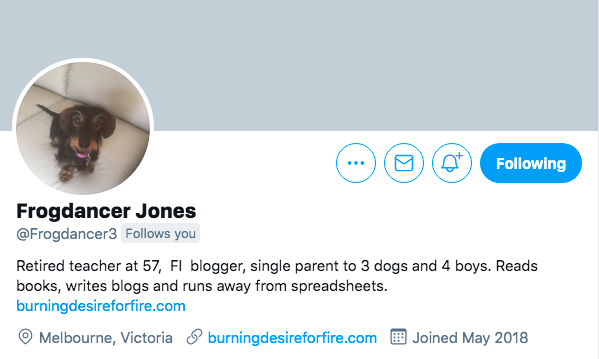 My kids. It’s amazing the things you’ll do for them that you probably wouldn’t do if you were just considering yourself! I was determined that they’d have as normal a childhood as I could provide, as well as having a totally secure base from which to eventually fly the nest. This meant that I had to keep a lid on debt, pay off the house while still sending them on school camps, paying for music lessons, taking them overseas etc.

What’s been an unexpected by-product of all of this is that they’re all pretty good with money themselves. I hid nothing from them as they grew older about our finances and they’ve taken a lot in along the way. Some are better savers than others, but they all understand the power of paying yourself first and steering clear of stupid debt.

When I moved from living off the sole parents’ pension + child support of $20/month to a full-time teacher’s wage – I was suddenly rich!!! I had increased our incomings by over 4 times. Because I was frugal, I was able to use this new-found wealth to gain traction on our financial path. If I’d spent all of this extra money on fripperies, we’d never be in the position we are today. Frugality helps people effectively manage any increases in earnings.

Nope. Been doing it since 2007. Oh! Being asked to be a guest on podcasts. That’s been something new.

Whatever I bloody well want! I’m looking forward to a life free of bells, being scheduled down to the minute (eg classes start at 10:58 after recess and you HAVE to be there),  being able to pee whenever I want instead of at recess or lunchtime, no more talk about pedagogy/parents/school uniforms and no more confiscating mobile phones.

When it’s safe to do so, I plan to travel overseas every year. I’m a huge fan of English history and I’ll be making regular trips over there. In the meantime, local travel will be a regular thing in my life. I’ve made sure to have many interests that keep my time occupied – reading, writing, food gardening, quilting, knitting and Netflix. The dogs are hugely important too. I’m also quite fond of the boys and they keep popping in and out, which is nice.

Five years ago I went on a trip to the UK and Europe. I planned it when I was 15 and I finally got there when I was 51. I’ve never calculated the exact figure that I ended up spending on that trip – too scared!- but it was in the region of 30K. I’ve never regretted spending a penny of that money. 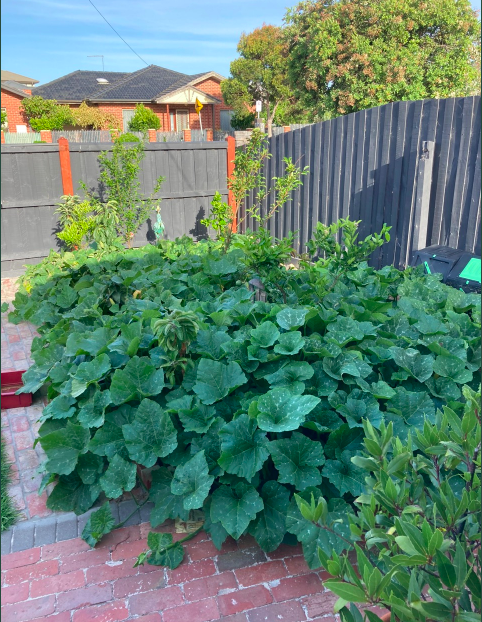 Frogdancer Jones has continued to be quite the gardener during retirement.

Yes, people know about it. A few people from work read it and we sometimes talk about financial things in our staff room. I was really pleased when we got 2 people who are a little “spendy” to start salary sacrificing last year. My kids know about it but there’s no way they’d read it!!

Really look hard at your life and what you value and have a clear vision that you feel is worth working towards, even when times get tough.

For me, it was providing a safe and secure base for my boys. Their world had been rocked once by the divorce and I didn’t want that to ever happen again. So my goal was always incredibly clear – financial security and being able to provide a secure base for them. Sometimes I think I’ve succeeded a little too well – I still have a 27 and a 25-year-old at home – but that clear, over-arching goal made me keep going even when times were at their bleakest.

Once you have that clear idea of what you want to work towards, then just get started! 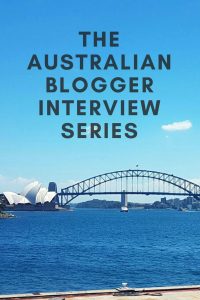 Thanks so much for being our next interviewee Frogdancer Jones! We look forward to sharing more interviews with you soon!