Posted on June 17, 2021 by adventureswithpoopsie@gmail.com

It has been six months since I was last at work.

I did my last full day of work in December and while technically I was still an employee until mid-January, I was on leave so haven’t done any work or had any responsibilities for six months.

If you’ve stuck around after my long (and unannounced) blog absence, you may remember that I intended to do some contracting work in 2021 with my old workplace. I told my boss I’d be available in February and would give him a call.

Well, perhaps unsurprisingly, while I was in Queensland for Christmas, enjoying having no responsibilities, I realised I was feeling a little burnt out. My workplace had a number of issues in the second half of 2020, mostly to do with some toxic personalities. While I knew it had affected me, I was surprised just how much and I decided I actually wanted a longer break than first planned.

I decided to take a full six months off before starting my semi-retired work. I was booked in do a course in the second week of June so I set that as my marker – my plan was to not do any work, to not put any pressure or “have to’s” on myself until then.

Slightly easier said than done, but I mostly achieved it. Last week I completed my course and that’s the first time I’ve had to be out of bed, dressed and in a certain location for five days in a row since last year.

So what exactly have I been doing?

I’ve forgotten my decision to just be and played around with a couple of different schedules.

I spent a week in Sydney looking after my two nephews while their baby brother was being born.

I’ve taken on all the chores of the house, to varying levels of skill, and then handed some of them back to Poopsie (apparently I spend too much when grocery shopping).

I’ve FaceTimed my niece at random times of the day when I would usually be working (my sister is still on maternity leave so we were able to make this work).

I interviewed for a job, was offered the job and turned it down (more on this in a future blog post).

Poopsie and I spent a long weekend in the Blue Mountains with our nephews. 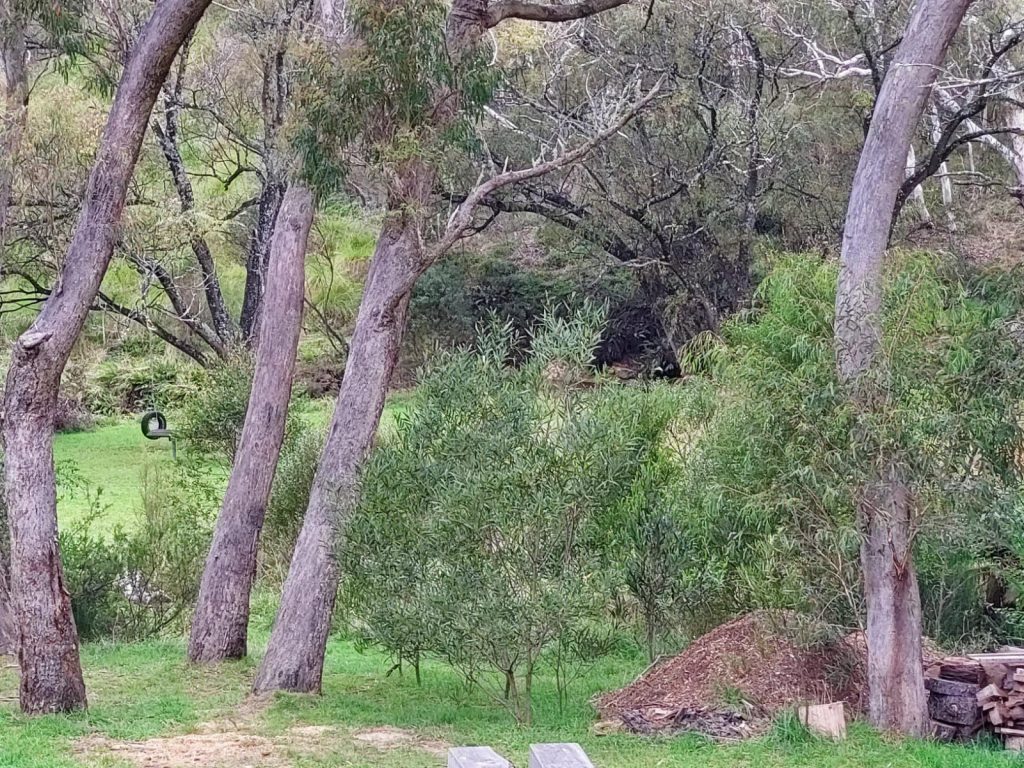 I’ve done a lot of research for the business I’m planning to start with my friend.

I’ve done a weekly Zoom call with a close friend who lives in Broken Hill.

I’ve caught up with friends for coffee and lunch during the week (around their work schedule).

I continued mentoring a student from my university.

I attended a mid-morning webinar put on by my superannuation fund.

I did a full month digital detox* – no social media, no Whatsapp and no email on my phone.

Many of these things, I could have done while working. But I never did. Some, I was only able to do because I don’t have to be somewhere every day.

Because I didn’t work during the last six months, I think this was closer to an actual early retirement lifestyle than the semi-retired lifestyle I was planning on. In many ways, it has been as I expected: more time, less stress and less urgency. But in other ways, I have been surprised and that hasn’t always been positive. I plan to write some future blog posts about these things but I will say, for most of them, I could not have known I would experience this without actually stopping work. They are not things I could have planned for and mitigated (it’s nothing major or anything, just small things that took me by surprise).

During the course I completed last week, I was chatting to a lady who was about to be made redundant. She was stressing about whether to take the redundancy payout or the option to be placed in an at-level role in another government department. She was in her early 50s and she wasn’t basing her decision on needing the money from her salary. But, she was hesitant. She said to me that she had always worked and worried what she would do if she wasn’t working.

I was very pleased that I could tell her that the last six months not working has been the best decision I have made. I told her the break had been exactly what I needed and had really helped me to de-stress. I told her I’d learned a lot about myself, what I thought was important and how I best functioned. I also reassured her that it wasn’t permanent. If she (or I) took six months off and found she didn’t like it, she could go out and get another job, possibly even higher paid as right now, her and my skillsets are in hot demand in the contracting industry in Canberra. Sure, this may not always be the case but contracting to government departments will always be a thing here and this is a great comfort to me.

After I got home that night, I reflected to Poopsie that I felt a little bit condescending. Here I am, 33 years old, and telling this woman much older than me that she should take a break. But, the fact is I have just taken a break and if it helped me to de-stress, I can’t imagine how it wouldn’t be helpful to someone who had been working for almost three times as long as me. I’m staying in touch with this lady and while she hasn’t yet made her decision, I’m excited to see what she ends up doing.

So there you have it – six months of early retirement and I am so glad I did it. I don’t regret doing it at all. It wasn’t everything I’d planned on (losing weight and becoming super fit did not occur) but in some ways it was so much more. I’m now ready to plan the next phase of my life and I’m still unsure what that will look like – I hope you’ll come along as I figure it out.

*even though the digital detox only lasted a month, I did not log back into the AWP Twitter or Instagram accounts. So if you sent me a message on there, I haven’t seen it. At this stage, I have no immediate plans to get back into those account so please, if you enjoyed this post, share it on Twitter so others can read it too!

Do you have any specific questions you’d like me to cover in future posts about my six months of early retirement? Share in a comment below!