Getting Married- The Adventures with Poopsie Way

Posted on October 4, 2017 by adventureswithpoopsie@gmail.com

As regular readers here will know, Poopsie and I became engaged last September while in New York City. 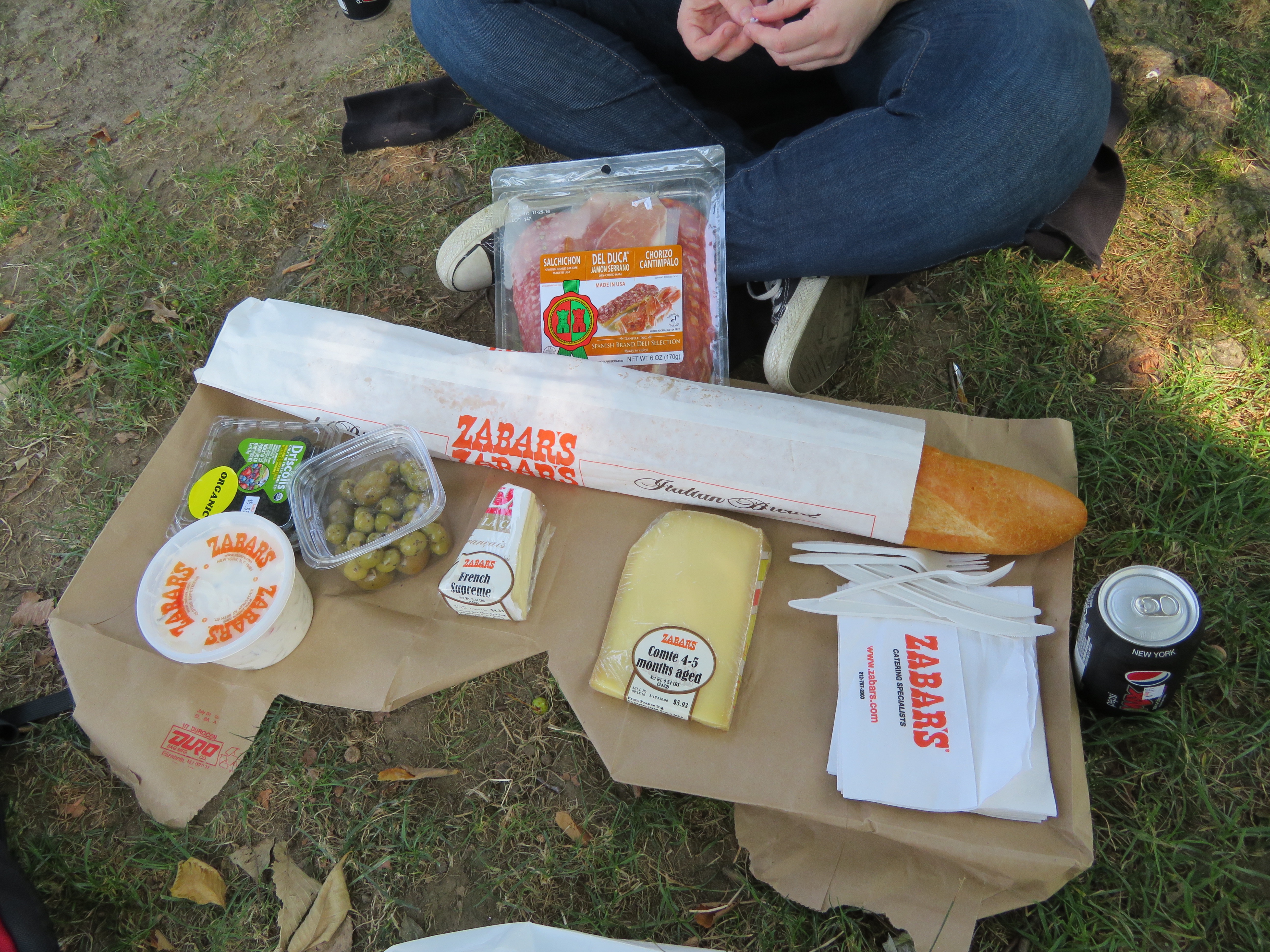 This is the picnic we had in Central Park. A few minutes after this was taken, Poopsie proposed.

What they may not know is that we never intended to have a wedding.

While we both do think modern day weddings are a ridiculous waste of money and that people spend way too much on them, money actually had nothing to do with our decision.

I do not enjoy being the centre of attention and the pomp and ceremony of a wedding would have made me feel very uncomfortable. Additionally, we saw our marriage as something between the two of us and we thought it would be great fun to elope somewhere together and have that memory reserved only for us.

Both of our mothers were very disappointed we weren’t planning to have a wedding. Surprisingly, neither of them nagged us about it but I could definitely tell that they felt let down. We found out we would be moving in late May (it took us a while to announce it on the blog). We decided that right before we left Queensland, we would get married with our families. 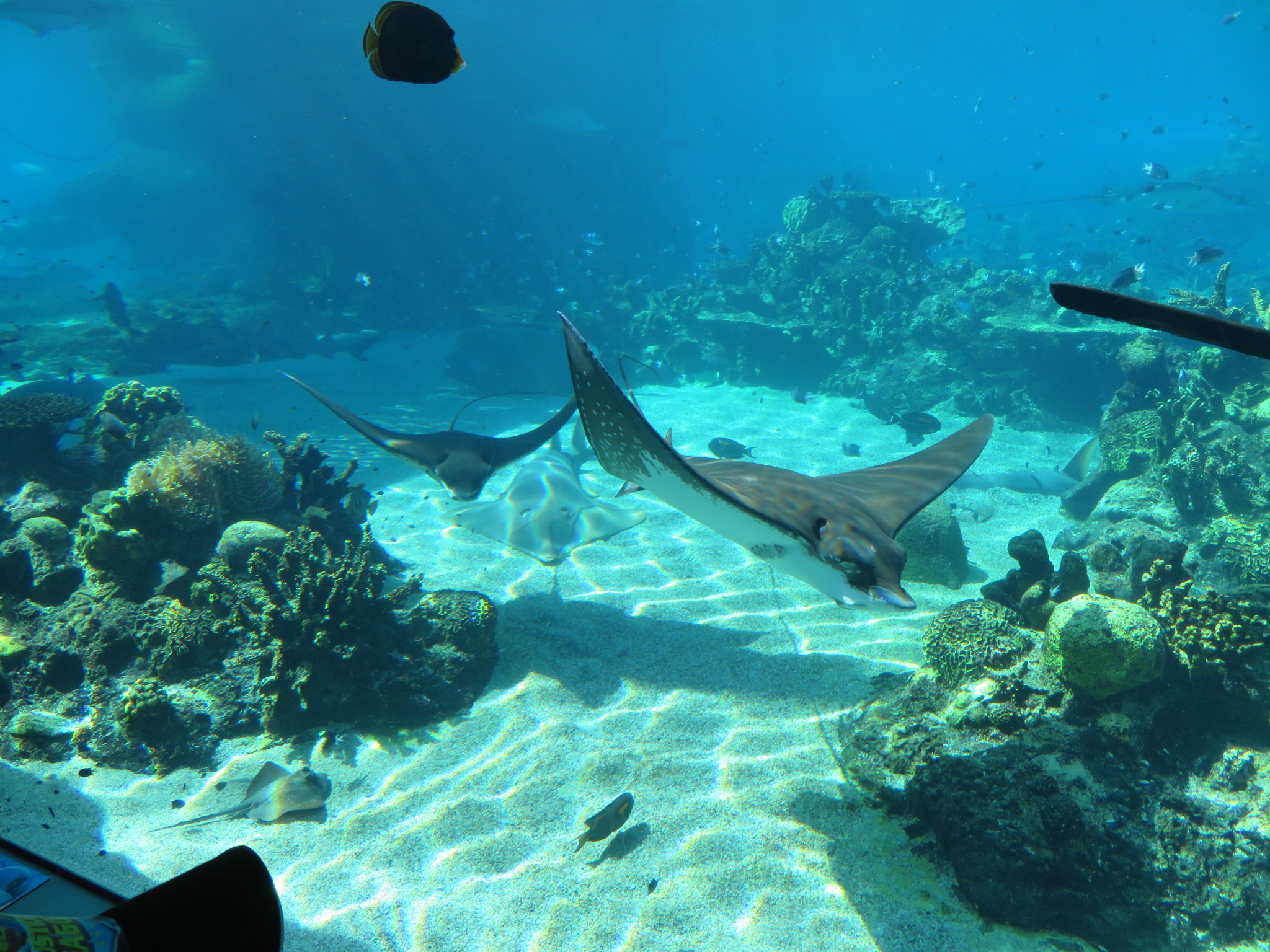 We made the decision to just restrict it to immediate family, as we didn’t want to do a big thing. We love our friends, some of them are just like family to us, but once you invite one, the obligation to invite them all presents itself. I did not want this getting out of control. I also am not particularly close to much of my extended family (aunts, uncles etc.) and I once again did not want to feel obligated to invite them.

We wanted to make sure we had complete control of the wedding. I have witnessed my sister and many friends get married and during the lead up, it’s like their mothers turn into a crazy person. Being rather particular about what I wanted, I didn’t want either of our mothers intefering and changing things to how they wanted it. As such, we decided to make the wedding a surprise so that everything would be sorted out and our families would have very little time to try to make any changes.

We planned to give our families their wedding invitation on Christmas Day. My older brother, his wife and my nephew would not be in location on Christmas Day, so instead we planned to secretly tell my brother so that he could be sure they’d be able to make the wedding. With our parents, siblings, niece and nephews and Poopsie’s children, we would have had a grand total of 17 people (with two of those people being babies). 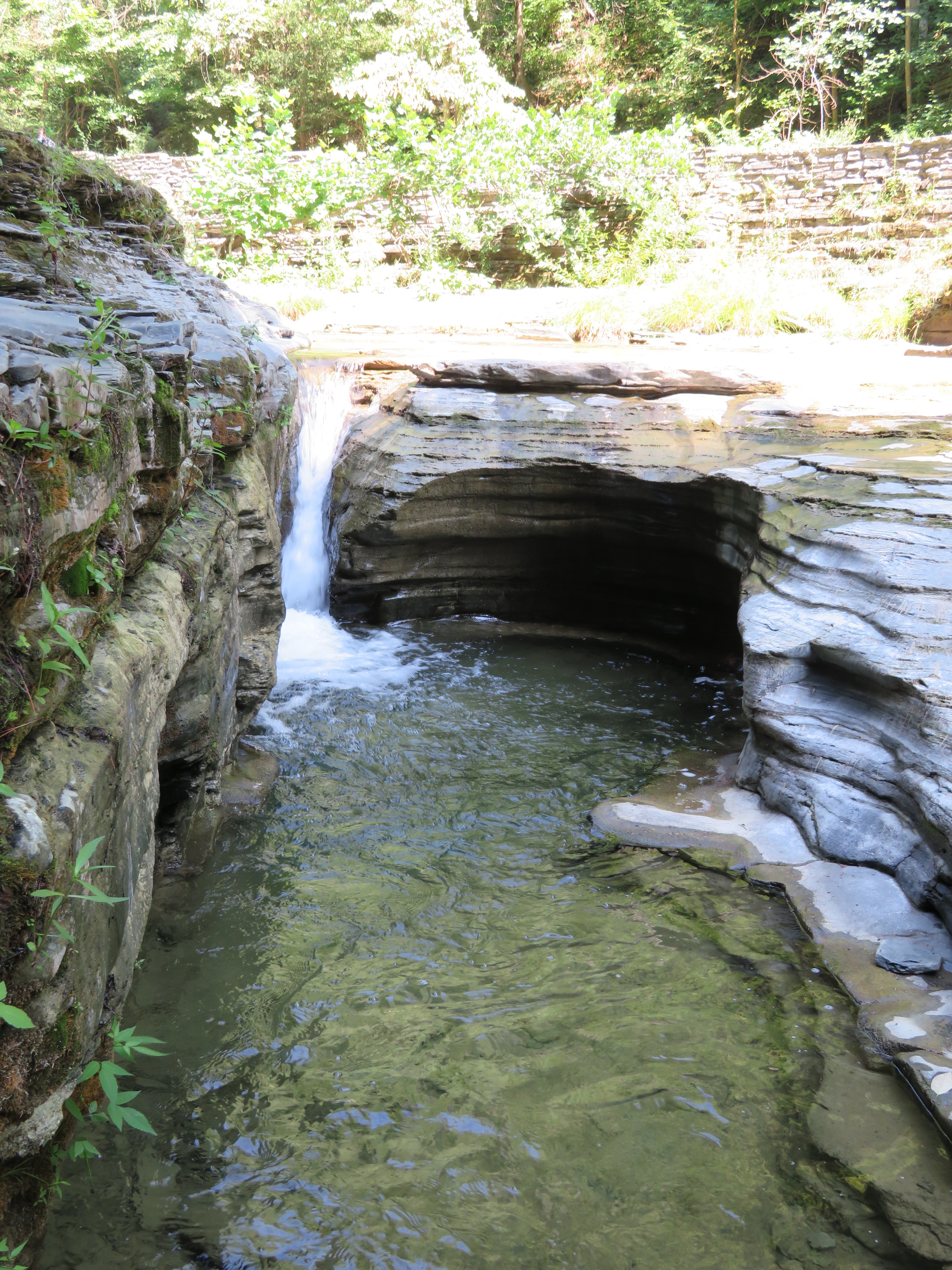 We proceeded along with the planning. It was still going to cost us money, as celebrants and photographers still charge for their services. My parents have a back deck at their home and, given I grew up there, we thought this deck was the perfect place to have the ceremony. My parents live around half an hour from a number of wineries and we found one we could have an intimate lunch at following the ceremony.

I didn’t want to wear a wedding gown, but still wanted to wear a white dress. It is surprisingly hard to find a white dress that isn’t suited to being 16 years old and hanging out at the beach, or that is very corporate. Eventually I did find one. It was reduced from $550 to $150! Not too bad for a wedding dress.

Poopsie’s parents live near a rose farm and I knew I wanted to have roses as my flowers. We ordered two arrangements for the altar, a small bunch for the signing table, a boutonniere for Poopsie and a bouquet for me.

We spent a week in Newcastle in early September and returned to the jewellry store Poopsie bought my engagement ring from. We were fitted for our wedding rings and, the store happened to be running a 20% off special. Bonus!

We had hired the celebrant and photographer early on in the planning stages, which means the only thing outstanding was to order a cake. We walked out of the jewellry store confident that we had almost completed all of our planning.

Then I got a call from my dad. 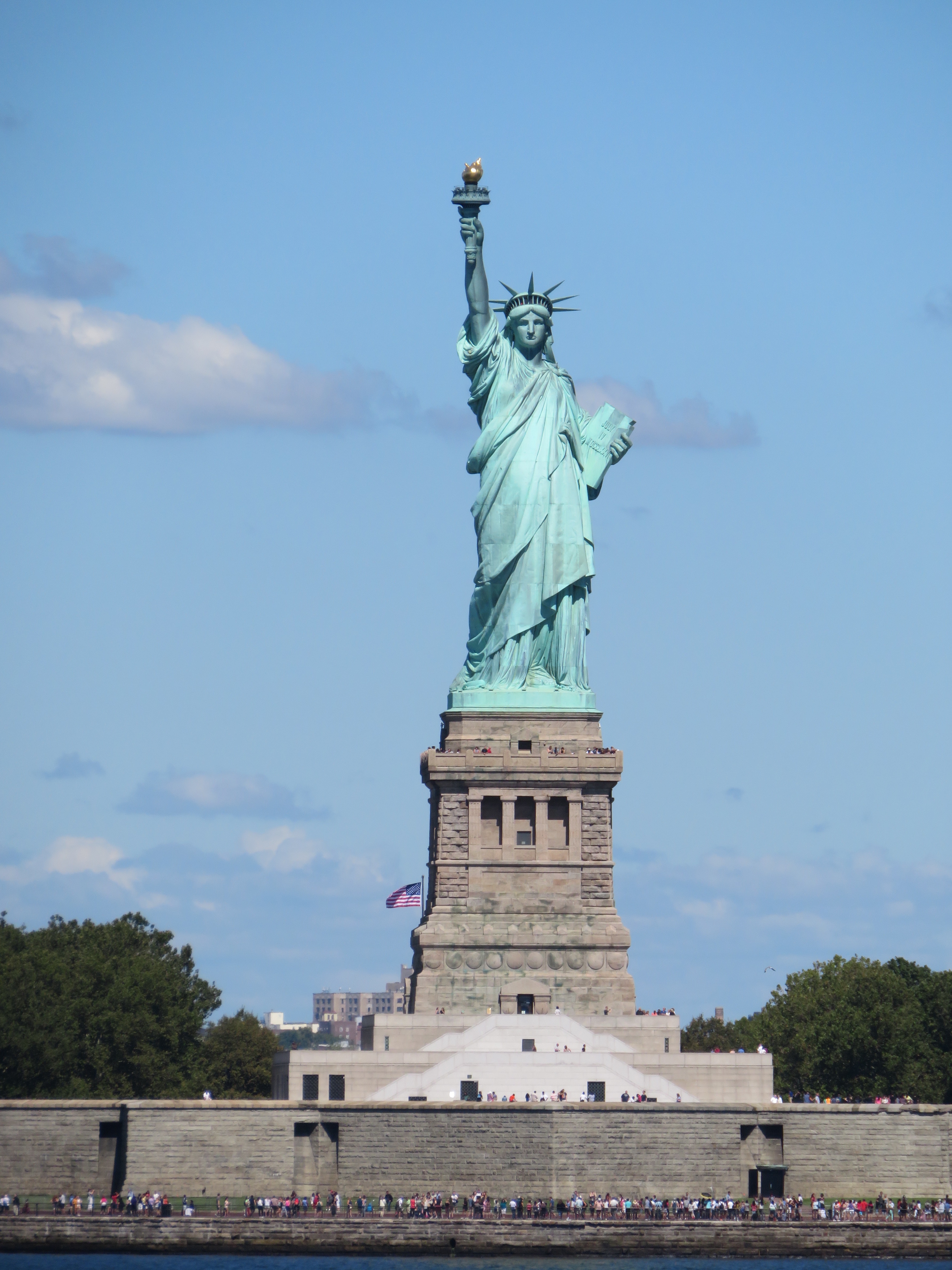 New York will always hold a special place in ours hearts as the place we became engaged.

It was just a general chit chat, but during this call, he told me that my grandmother would be spending Christmas at my parents house this year. She had spent Christmas with us last year, so it was expected that this year she would spend it with my uncle and aunty. However, they were now unexpectedly going overseas so she had called my dad and invited herself to Christmas.

Our wedding is planned for the 1st of January. We couldn’t very well all head to a wedding and tell my grandma to stay at home. She would have to be invited to the wedding as well. Which means, to be fair, I also had to invite my other grandparents.

Poopsie’s grandparents are no longer with us, so there were no new additions from his side. Our guest list had now risen to 20! Still pretty low by most standards.

However, disappointingly, it now meant we couldn’t make it a surprise. Given the age of my grandparents, they would need to be given plenty of warning about the wedding and my mother would also need to make the necessary logistical arrangements of having both sets of my grandparents around at Christmas time.

As such, last week, we told our families. They’re over the moon and can’t wait. We had not been able to previously reveal this information on the blog, as my sister occasionally reads it.

We are happy to now announce it, as we can finally explain our abysmal savings rates for the last couple of months. We’ve been paying for a wedding… and a honeymoon.

Admittedly, it’s the honeymoon that is costing the most amount of money. We’ll cover that in a future Where We’ve Travelled post (after the honeymoon), but now you understand why we’ve been spending so much. However, we have still managed a reasonable savings rate each month (as Poopsie keeps reminding me) which means we have paid for everything with cash flow- we haven’t had to dip into our savings at all.

Following the wedding, we will do a full cost breakdown (some stuff will be paid for on the day so we’re unable to finalise until then) but we just wanted to announce the impending event. We’re doing it our way, keeping it small and elegant. I have been to some amazing, large weddings, but that’s just not our style. We’re excited about the day… and even more excited about the very expensive honeymoon!

Did you have a wedding? Was it big or small? Tell us all about it in the comments below!

8 Responses to Getting Married- The Adventures with Poopsie Way