Posted on March 8, 2017 by adventureswithpoopsie@gmail.com

We left Ottawa and crossed the border back into the United States, into the state of New York to be exact. We had about a five hour drive ahead of us and we ended up stopping in a town called Syracuse. We didn’t see much of it, but did stop at an awesome place called Dinosaur BBQ. We had ourselves some authentic American BBQ for lunch. 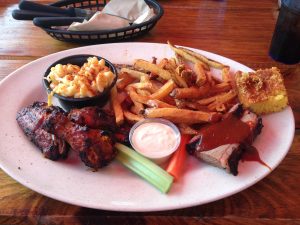 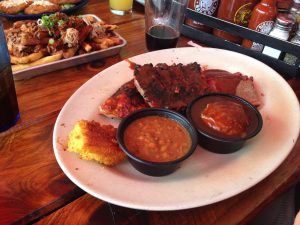 We arrived in Ithaca mid-afternoon. Ithaca is home to Cornell University, an Ivy League college. We drove around the beautiful campus. It was still summer break, but university would be starting the following week so there were some students around. It reminded me a lot of the college scenes you see in movies. 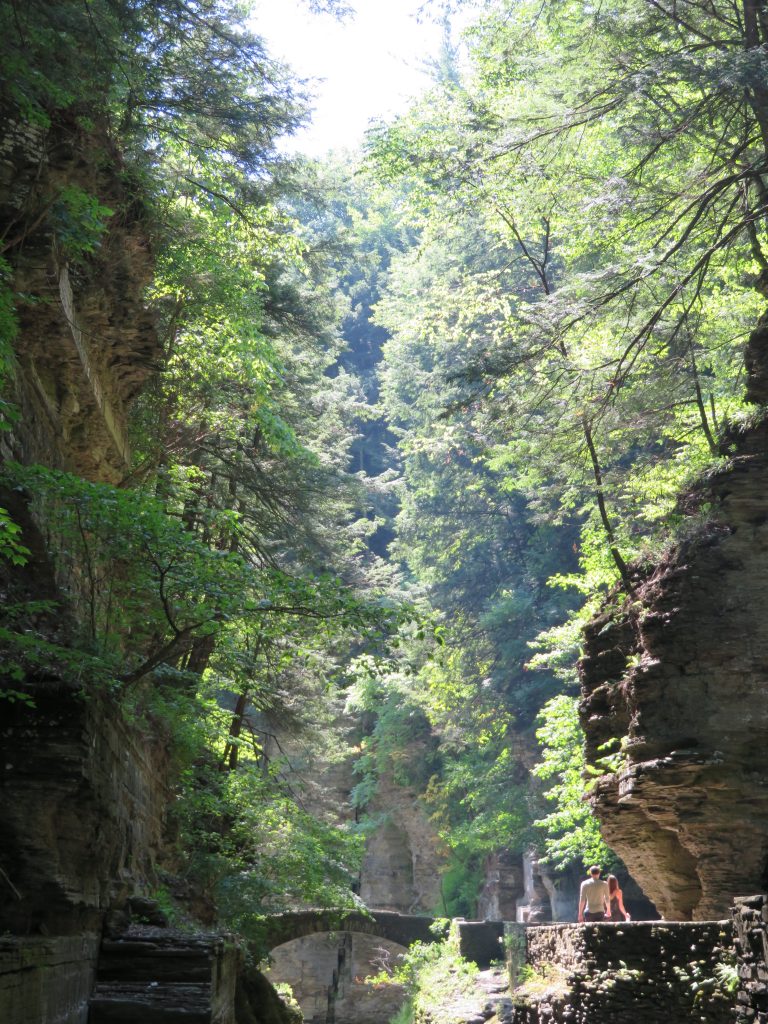 Ithaca is predominantly a university town. It is also a very outdoorsy place, with lots of beautiful scenery. One of the first blogs I ever started reading years ago, Never Homemaker, introduced me to Ithaca as they had previously lived there. We certainly liked the town, but I’m unsure if we would visit again.

That is, if it hadn’t been for where we stayed. 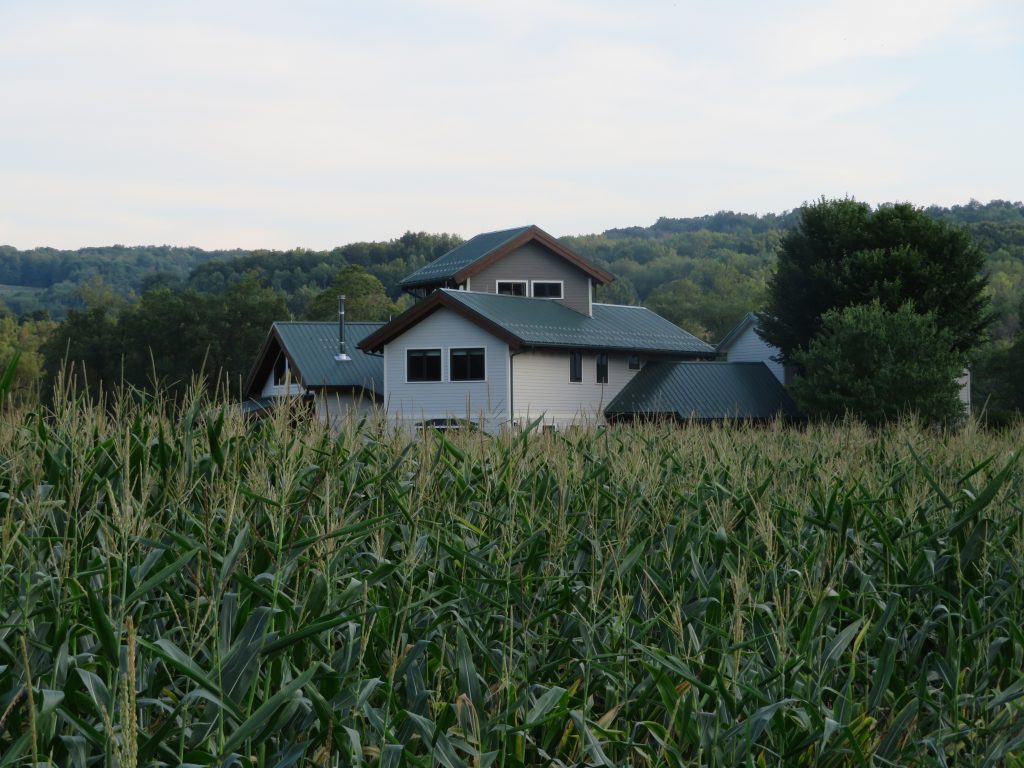 We stayed at Tenwood Lodge, which our friends found on Airbnb. It was one of the most wonderful places we have every stayed at. 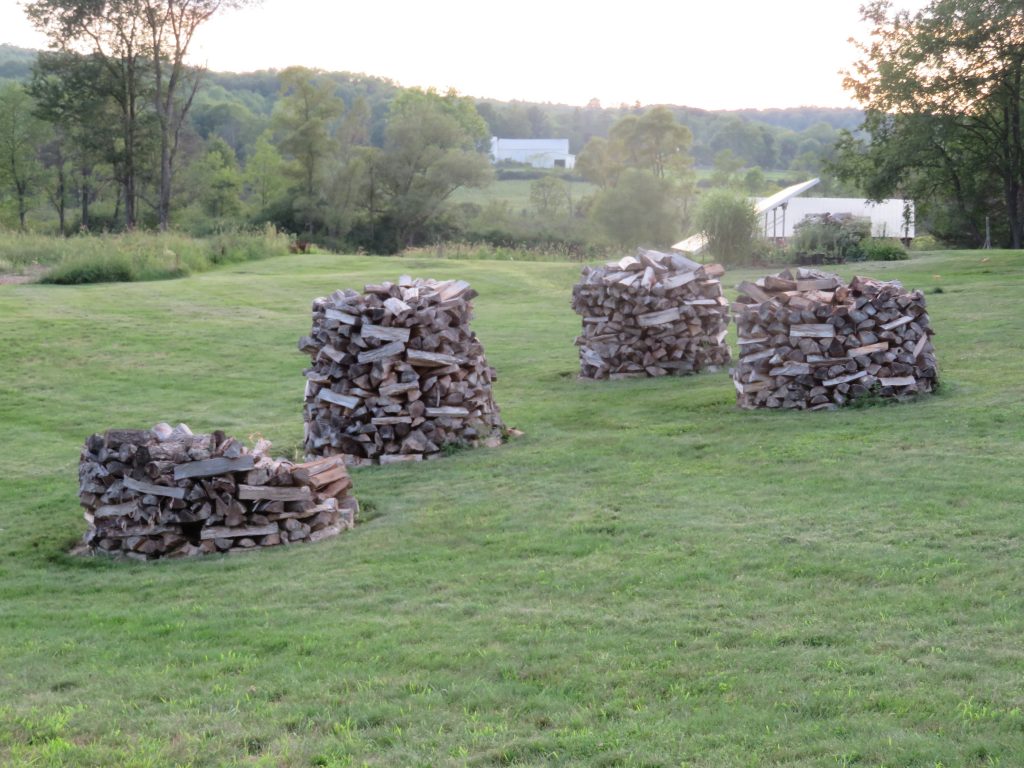 Even the wood piles were pretty!

Our hosts, Kim and Russ were lovely. They made us feel so welcome, and cooked us a beautiful breakfast every morning.

On our first night there, we visited a local supermarket called Wegmans. It sold amazingly fresh produce and pre-made salads. We bought ourselves some delicious food and went back to Tenwood. We lit a fire outside and sat out there, eating our dinner and enjoying a bottle of wine. Kim came out to join us and we had a great time getting to know her. 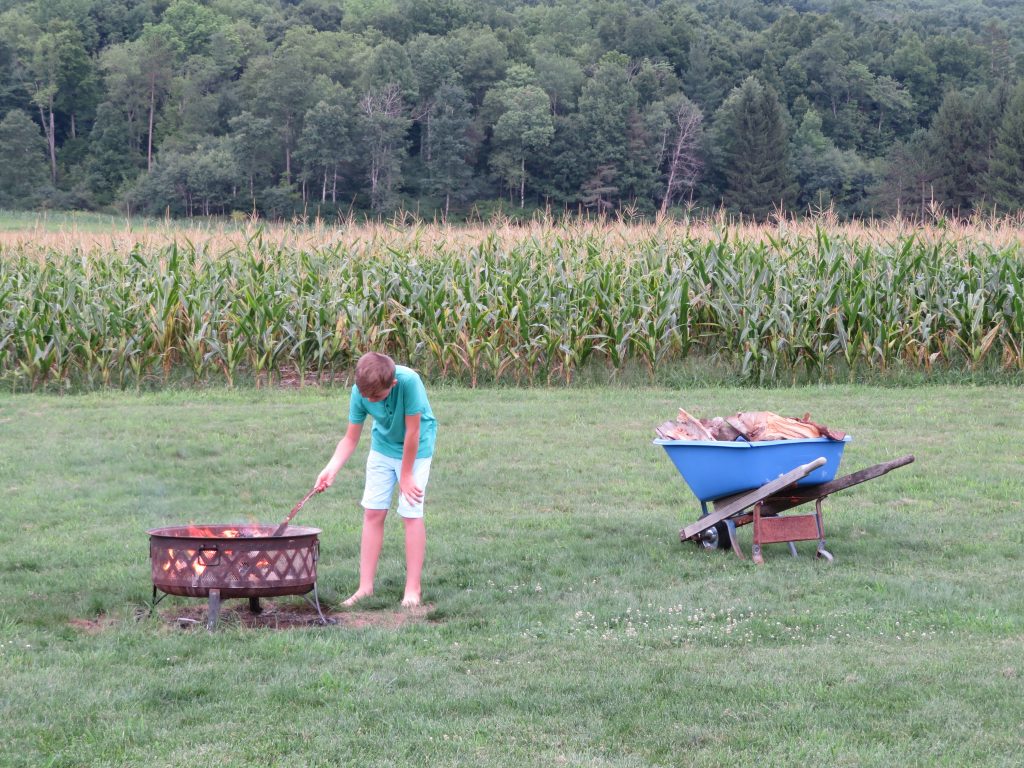 Tending to the fire.

The kids, while being from Australia, had been introduced to S’mores while they’d been living in the USA and wanted to make them for us. 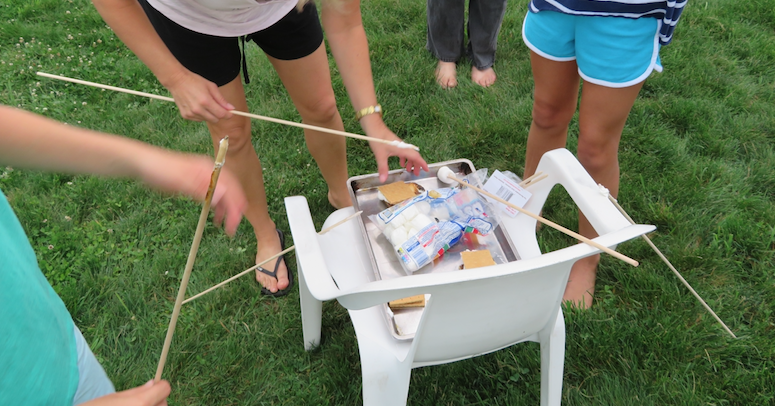 I remember reading about S’mores in all the books I read as a child and never quite understood exactly what was being made. I’ve now had one and, while they were okay, I am still confused as to what all the rage is about. 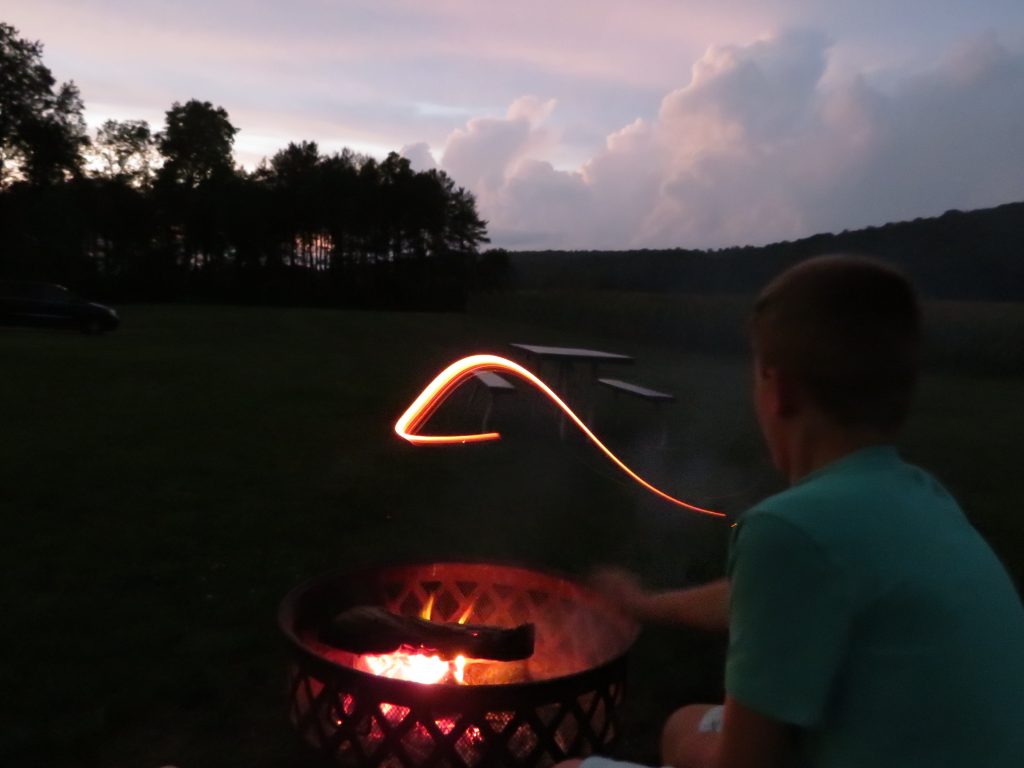 After a wonderful nights sleep at this beautiful property, we enjoyed our delicious breakfast. Kim and Russ gave us some great tips about what to do that day while they made our scrumptious waffles.

On their advice, we headed out to the Robert H. Treman State Park for some bushwalking. It was beautiful and we spent a few hours walking the trails. 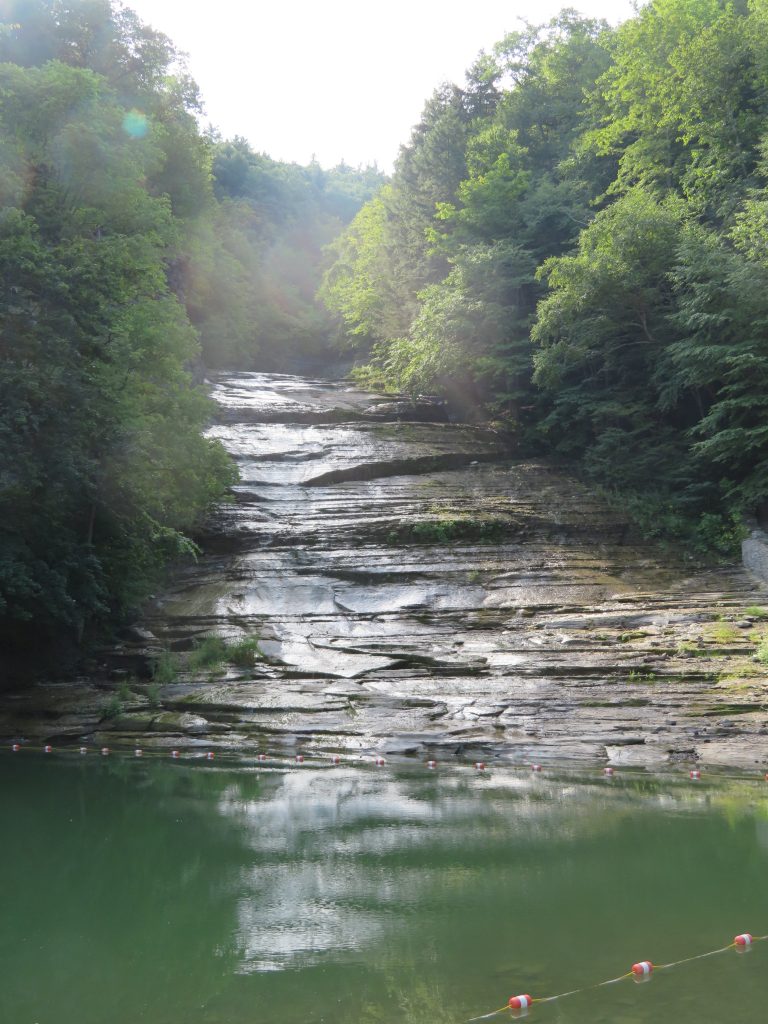 We finished up at their enormous swimming pool where the kids and their dad braved the freezing cold water. Their mum, Poopsie and I just dangled our legs, not willing to venture in! 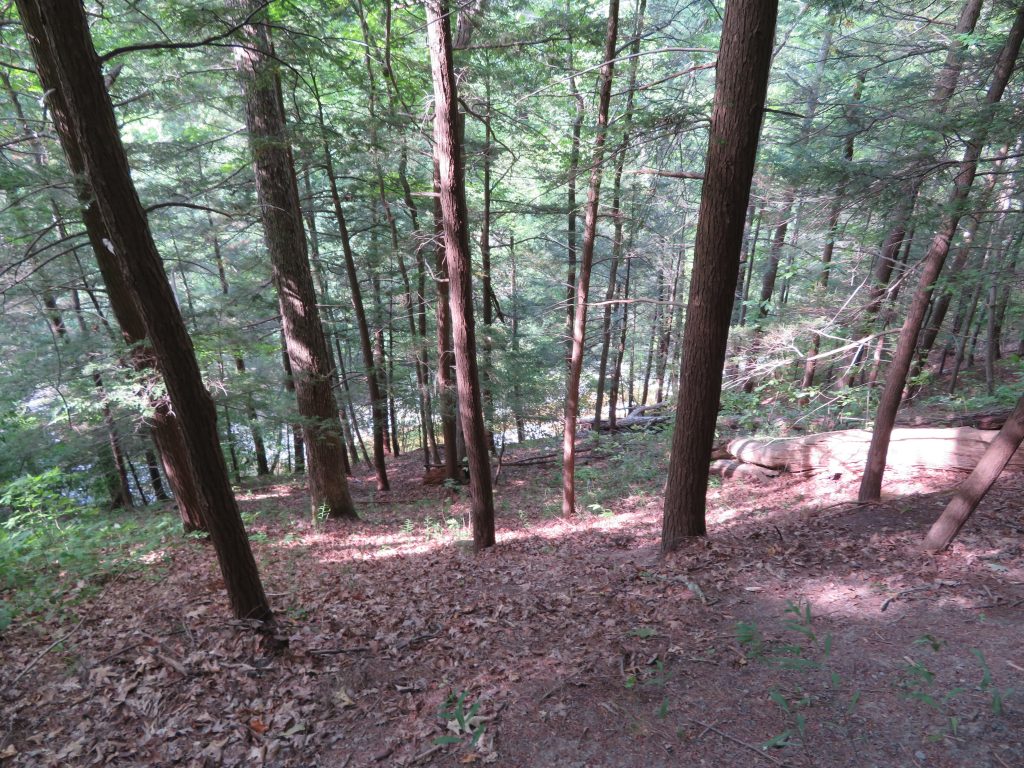 The next day we said goodbye to Russ and Kim and set off for our friend’s house in Washington D.C Along the way, we stopped in Gettysburg and checked out the Gettysburg Museum. We only got to spend a couple of hours there, but if we’re ever back in the area, it’s certainly a town we’d like to explore. 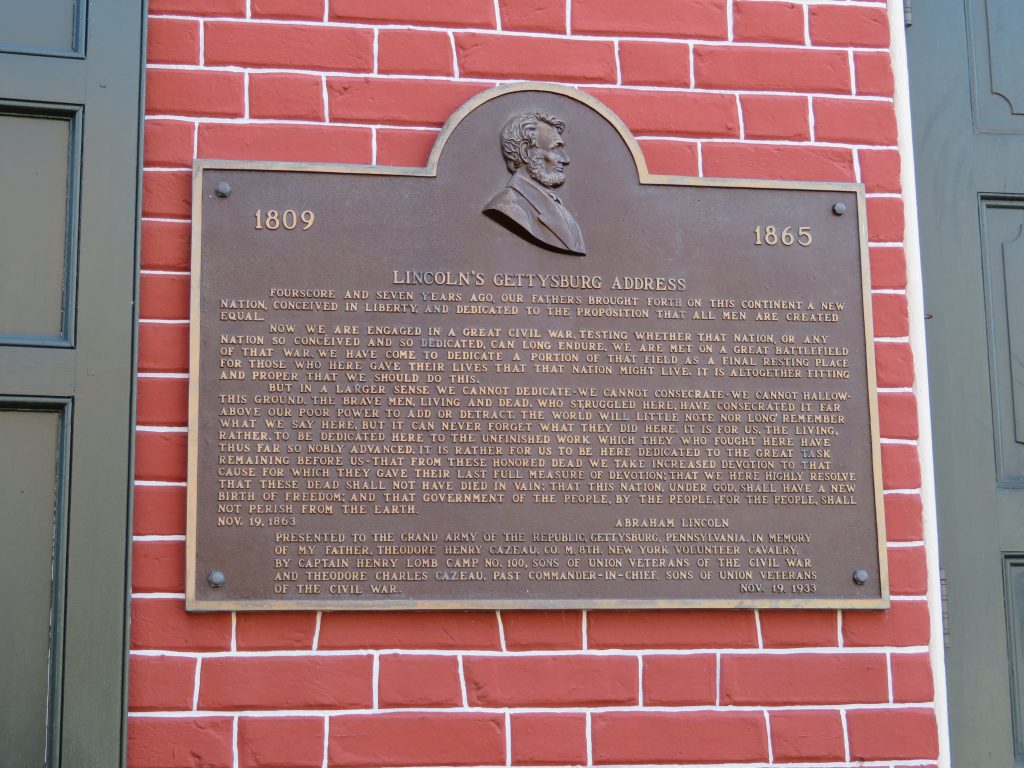 If you’re ever travelling in the state of New York, do yourself a favour and spend a night in Ithaca at Tenwood Lodge. 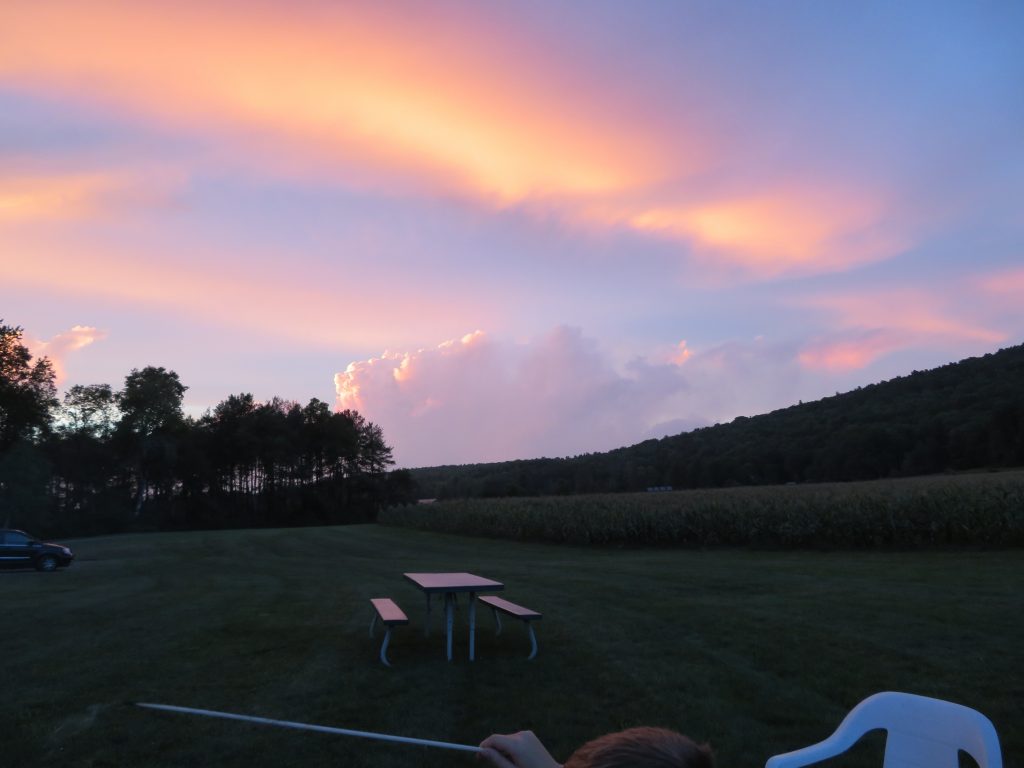 The property is beautiful and the hosts are wonderful. We hope one day we can make it back there to spend some time with Russ and Kim.

Have you ever been to Ithaca? Any plans to go there in the future?

4 Responses to Where We’ve Travelled: Ithaca