Posted on January 18, 2017 by adventureswithpoopsie@gmail.com

Every month, we detail our expenses*. While we list the dollar amount we have spent, we don’t give out information about our combined earnings. 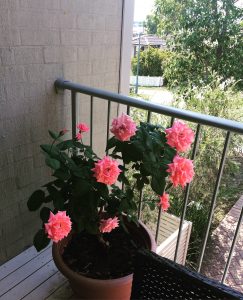 However, in our own private spreadsheets, we track our savings rate very closely. For us, it’s one of the best indicators of whether or not we are meeting our goals and on our way to retiring early in July 2023.

Unfortunately, in 2016, we are a little bit disappointed in our savings rate. It isn’t as high as we’d hoped- life and travel got in the way of that! However, it is still somewhat decent, especially if we believe those stories that many people only save about 5% of their incomes. 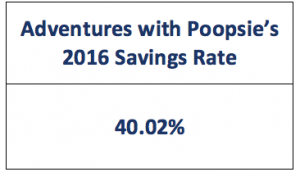 There it is. If we were starting from scratch, according to Mr Money Mustache’s trusty table, we’d have 22 years until retirement.

Thankfully, we’re not starting from scratch and just had an expensive year. We certainly plan in 2017 to achieve a higher savings rate.

We spent around $9000 on rent in 2016, whereas in 2017 we’ll enjoy a full year of living in our own home and watching our interest charges slowly go down.

We spent about $5000 on unavoidable but one off legal fees. We moved. We went on an excellent but very expensive overseas holiday. At one stage we had three cars, whereas 2017 will be our first full year of one small, fuel efficient car. Due to the move, we had higher internet costs (a large fee on cancellation of our old internet) and large cancellation and connection fees for our utilities. After we moved, we bought a washing machine, a dishwasher and a plethora of furniture for Poopsie’s children.

All of these things will either not exist for us in 2017, or they will be significantly reduced. So we are both feeling pretty optimistic about 2017. 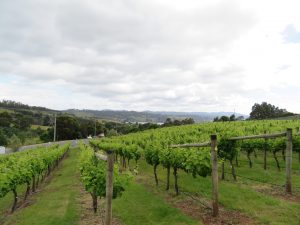 A snap from our recent trip to Tasmania.

Our plans for 2017 are to knuckle down and save, save, save. We have no plans to travel overseas this year, instead, we’ll be enjoying some domestic travel as well as plenty of camping. We’ll be making the most of free entertainment options in and around our city and encouraging family and friends to visit us in an effort to reduce some of our travel expenses.

Another thing we have decided to try is a year of no clothes buying. We were inspired by Mrs Frugalwoods who hasn’t bought any clothes for three years now!

We aren’t big clothes buyers. In 2016, we spent $343 on clothing, with maybe another $150 spent using gift vouchers. At least a couple of the things bought using gift vouchers probably wouldn’t have been had we not had the gift vouchers. There was also some clothing purchased during our big trip that would have been bundled into that holiday spending. However, I definitely would not consider us to have any kind of problem when it comes to clothes spending.

What we do have a “problem” with is replacing things immediately. For example, if I ripped a t-shirt, I would likely go straight out and replace that t-shirt. Usually, this is not necessary as I have plenty of clothes and one less t-shirt will not make a huge impact. As such, we decided to issue ourselves this challenge to make ourselves more mindful of whether we really need to replace things, and also encourage us to “make do” a little bit more.

The only thing I am worried about is underwear and socks. This morning when I hung out the washing, I noticed a hole in one of Poopsie’s socks. Hopefully we can make do just fine! 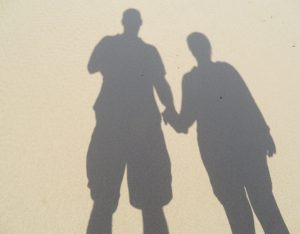 Together, we can reach our goals!

So there you have it. A disappointing (to us) savings rate for 2016, but determination for an even better one in 2017!

* We did not include one expense in our expense reports this year, for privacy reasons. Every single other dollar that we spent was included. In a future post, we will reveal what that expense was, but we will not be disclosing the dollar amount. It was, however, included when determining our savings rate.